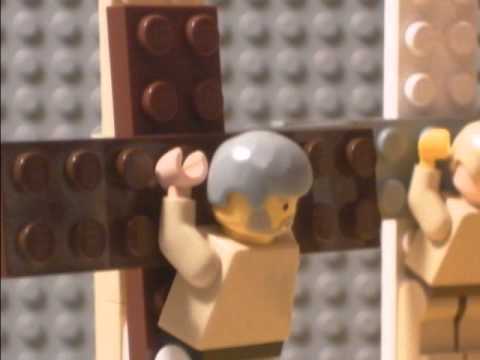 Now, of course, erstwhile Glamorgan University business science student and suspected Boko Haram mastermind of the recent Nigerian bomb attacks, Aminu Sadiq Ogwuche, is not typical of Muslim students at that or any other university.

The fact that Ogwuche became radicalised is a tragedy for him and for his family, and an even greater tragedy, of course, for those 100 or so victims of his alleged attacks on non-Muslims in Nigeria.

Let's take one of the more outrageous and hateful postings that Ogwoche put up on his Facebook page in 2011, for example, and quoted in the various news reports as an illustration of how far down the road to extremism he had traveled  :


The only punishment for those who wage war against Allah and His Messenger and strive to make mischief in the land is that they should be murdered, or crucified, or their hands and their feet should be cut off, or they should be imprisoned

Who on earth could possibly believe that poor, misguided Ogwoche got this malevolent drivel from his religion? Those of us liberal, educated, tolerant Westerners know an ignorant, right-wing Islamophobic wind-up when we see one.... Don't we?

In fact Ogwoche was quoting directly from the Qur'an. Here is verse 5:33:


The punishment of those who wage war against Allah and His Messenger, and strive with might and main for mischief through the land is: execution, or crucifixion, or the cutting off of hands and feet from opposite sides, or exile from the land: that is their disgrace in this world, and a heavy punishment is theirs in the Hereafter;

So here's my question. As a liberal and tolerant seeker after truth, what am I to make of a faith which brands itself as a religion of peace but has such clear exhortations to violence?

My Muslim convert friend defends such punishment by saying that treason is still punishable by execution in many western democracies. States, he says, must have recourse to extreme punishment when under extreme threat. Islam simply makes this explicit. So be it. But isn't crucifixion pointlessly cruel and as such the recourse of tyrants and bullies?

I only ask because the way I see it, the Qur'an, rather awkwardly, makes this very point.

Allah is repeatedly at pains throughout the Qur'an to underline the evil depravity of the pagan, polytheist Pharaoh. He does so by showing us the cruel and unusual punishments Pharaoh promises to inflict upon Moses and his followers:


Surely I shall have your hands and feet cut off upon alternate sides. Then I shall crucify you every one! (7:124)

Seem familiar?
In case the message didn't get through the first time regarding what a mean b*stard Pharaoh is, Allah reiterates it thirteen chapters later:


(Pharaoh) said: Ye put faith in him before I give you leave. Lo! he is your chief who taught you magic. Now surely I shall cut off your hands and your feet alternately, and I shall crucify you on the trunks of palm trees, and ye shall know for certain which of us hath sterner and more lasting punishment. (20:71)


(Pharaoh) said, Ye put your faith in him before I give you leave. Lo! he doubtless is your chief who taught you magic! But verily ye shall come to know. Verily I will cut off your hands and your feet alternately, and verily I will crucify you everyone. (26:49)

To recap. Allah tells his followers such as the poor, misguided Glamorgan university student and Boko Haram "mastermind" to crucify those who "make mischief" in Muslim lands (or alternatively - no pun intended) to chop off alternate hands and feet of the miscreants.
But He also wants us to boo and hiss at the evil tyrant who threatened Moses with EXACTLY THE SAME PUNISHMENT.

Or perhaps I've just got the wrong end of the staff...